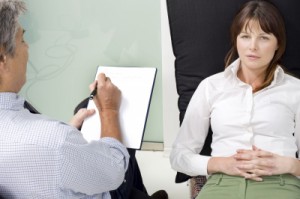 A new study from the Reed Group suggests that employee’s who take FMLA leave to act as caretakers for a loved one are likely to need FMLA leave for themselves soon after.

Study: Disability Claims After Intermittent FMLA Indicate That Caregivers Are Finding It Hard to Cope

Here’s a heads-up to human resources pros: If you have employees using the Family and Medical Leave Act, don’t be surprised if they soon ask for short-term disability too.

In a forthcoming report, Westminster, Colorado-based Reed Group says employees who are granted FMLA leave are three times more likely to file short-term disability claims within six months than employees who don’t request FMLA. The report is based on analysis of 112,000 FMLA claims that were closed from 2008 to 2011.

The full report is set to be released in October, although Reed Group released excerpts in advance to the media this month. Continued after the jump…

Employees who care for sick family members shoulder a stressful, angst-ridden responsibility. Although the FMLA safeguards their jobs, the report suggests that many employees-turned-caregivers suffer a lingering emotional toll that ultimately sidelines them not long after they resume work.

“HR directors typically have viewed FMLA as a ‘have-to-do’ part of compliance, but they haven’t spent enough time focusing on the root causes behind subsequent disability claims,” says Kevin Curry, a senior vice president of Reed Group, which provides products and services for leave administration and return-to-work programs.

Employees sometimes get worn out by the physical labor of caring for another person, while stress and anxiety wreak havoc with their emotional well-being. As a result, employees often return to work but realize they have their own issues to deal with first, Curry says.

According to Reed Group’s analysis, 51 percent of the FMLA claims during the study period involved intermittent leave, in which an employee is granted time away from work, returns to work briefly, only to be away again, usually in connection with caring for a loved one who is ill.

Of employees who were granted intermittent leave, 21 percent were more likely to file for short-term disability, or STD, within six months than did employees on continuous leave (8 percent), Curry says.

Although Reed Group is still examining the financial impact, Curry says intermittent leave is a huge drain on profits and disrupts business productivity. The financial data will be released with the full report in October, along with demographic breakdowns to help HR administrators slice and dice the data.

Other research already indicates that planned absence remains an inveterate challenge to organizations, consuming nearly 9 percent of payroll costs, shows a joint survey of 276 organizations in 2010 by Kronos Inc. and Mercer.

The spike in disability claims by those coming off FMLA does not suggest employees have figured a way to scam the system, Curry says. Abusers typically don’t stay off work longer than the maximum period allowed, Curry says, because doing so requires a formal medical approval.

“The average length of a [post-FMLA] disability claim was 20 percent higher than it was for other claims,” reflecting the fact that a doctor has diagnosed the employee’s need for time off to rest and recharge, Curry says.

Reed Group says its findings underscore why companies should take an integrated approach to employee-assistance programs, health and wellness initiatives. The full report is expected to provide HR administrators with a detailed breakdown of FMLA-related impacts by gender, age and other demographics.

Garry Kranz is a Workforce Management contributing editor. Comment below or emaileditors@workforce.com.