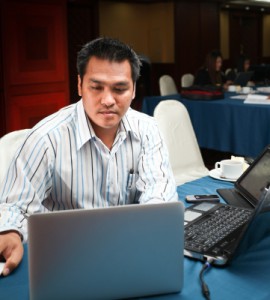 A recent court ruling upheld an employee’s termination two days after requesting FMLA leave. Check out the full article below.

The Tenth Circuit Court of Appeals, in Brown v. ScriptPro, LLC, 2012 U.S. App. LEXIS 24364 (Nov. 27, 2012), recently clarified that discharging an employee within two days of a request for medical leave does not by itself establish a violation of the Family and Medical Leave Act (FMLA) if there is uncontroverted evidence that the employee would have been discharged in the absence of the leave request.

Frank Brown, a customer service operations analyst employed by ScriptPro was dismissed two days after requesting medical leave. During his employment, Mr. Brown received mixed performance reviews. His performance review for 2007-2008 contained satisfactory or high rankings in the areas of “Quality of Work” and “Attendance,” but a marginal performance ranking for “Planning and Organization of Work” and “Work Relationships.” Mr. Brown’s written evaluations were also critical of his excessive internet usage, his lack of respect for personal boundaries in the workplace, and his belligerence towards customers. Following his evaluation, Mr. Brown continued to have problems with his behavior and trouble completing projects on time.

Although he was granted two weeks of paid leave following the birth of his child earlier in the year, ScriptPro denied Mr. Brown’s request for leave to accompany his wife to the doctor on November 19, 2008. Two days later, on November 21, 2008, ScriptPro terminated Mr. Brown’s employment, citing “unresolved, previously discussed performance issues.”

Mr. Brown filed suit against ScriptPro alleging, among other things, interference with the exercise of his rights under the FMLA, and wrongful termination in retaliation for exercising those rights. The district court granted summary judgment in favor of ScriptPro, and Mr. Brown appealed.

The Tenth Circuit first reviewed Mr. Brown’s FMLA claim under an interference theory. To succeed on an interference claim, an employee must show: (1) he or she was entitled to FMLA leave; (2) an adverse action by the employer interfered with the employee’s right to take FMLA leave; and (3) the adverse action was related to the exercise, or attempted exercise, of the employee’s FMLA rights. The Tenth Circuit found that Mr. Brown established the first two factors, but failed to establish a causal link between his exercise of FMLA rights and his termination. The Tenth Circuit opined that since intent is irrelevant under an interference theory, the timing of Mr. Brown’s dismissal in relation to his leave request could, in some circumstances, be enough to prove the third element. ScriptPro, however, demonstrated that it would have terminated Mr. Brown’s employment regardless of his request because of his documented performance issues. The Tenth Circuit reasoned that ScriptPro’s overwhelming and uncontroverted evidence that Mr. Brown’s employment was terminated for identified performance issues was sufficient to support summary judgment in favor of ScriptPro even though Mr. Brown was discharged just two days after requesting leave.

Documentation that an employee would have been discharged regardless of a leave request can help defeat a retaliation or interference claim, even when protected activity and a subsequent termination are separated by as few as little as two days. Accordingly, it is critical to properly document the basis for dismissal.

Darren Nadel is a Shareholder, and Katherine Hinde is an Associate, in Littler Mendelson’s Denver office. If you would like further information, please contact your Littler attorney at 1.888.Littler or info@littler.com, Mr. Nadel atdnadel@littler.com, or Ms. Hinde at khinde@littler.com.

This article was originally posted by Littler. Click the link to view the article in it’s original format.