When FMLA Leave and Facebook Photos Do Not Mix 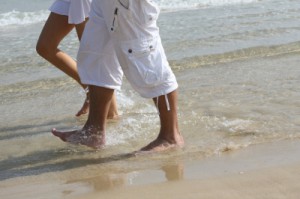 When it comes to abusing FMLA leave, this employee failed in a particularly funny way — and she only has herself to blame. Here are the details of the case: Carol Lineberry worked as a nurse for a hospital when she was hurt on the job and began experiencing lower back and leg pain. She requested, and was granted, FMLA leave. During that time, she took a pre-planned vacation to Mexico, which was approved by her doctor, who said the trip wouldn’t be as demanding as her job and wouldn’t affect her recovery. While there, she posted a number of Facebook photos of herself drinking, riding in a motorboat, holding her grandchildren, etc. When her colleagues saw the photos online, they began to think Lineberry was abusing her leave and reported her to upper management.

Wheelchairs or no wheelchairs?

Here’s where things get interesting. About the same time, Lineberry emailed her manager to complain that she hadn’t received a get-well card from her colleagues. Her manager responded that, “since you were well enough to travel on a 4+ hour flight, wait in customs lines, bus transport, etc., we were assuming you would be well enough to come back to work.” Lineberry replied that she had been in a wheelchair for the entirety of her travel to Mexico and that she couldn’t stand for more than 10 minutes at a time. That sounded suspicious to company officials, who reached out to Lineberry’s physican for clarification on her functional capabilities. The verdict: Lineberry could stand for only 15 minutes, couldn’t push or pull more than 20 pounds, and couldn’t lift more than 5-10 pounds. That didn’t line up with what Lineberry appeared to be doing in Mexico, so the company decided to fire her. Per company policy, the company brought Lineberry in for an investigatory interview, where Lineberry finally ‘fessed up to lying about needing a wheelchair on her vacation. The company then officially fired Lineberry for violating the hospital’s dishonesty policy.

She was Fired for Lying

Then Lineberry sued, claiming FMLA interference and retaliation. No way, said the court. Lineberry’s termination, the court pointed out, had nothing to do with her FMLA leave – it was because she had lied to the company, which violated its policy against dishonesty. The court said it best:

“It is undisputed that Plaintiff admitted … that she lied about the use of the wheelchair at the airports on two occasions. Based on such undisputed dishonesty, Defendants had a right to terminate Plaintiff — without regard to her leave status because the FMLA does not afford an employee greater rights than she would have if she was not on FMLA leave.”

The case is Lineberry v. Richards.