When Reassigning An Employee During FMLA Leave Could Lead to Trouble 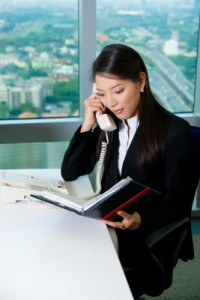 Check out a recent post by HR Morning to learn about when reassigning an employee on leave could result in a lawsuit.

A win and a warning for employer in FMLA lawsuit

This firm won on a technicality in court after it reassigned a woman on medical leave. Here’s what HR can learn from the case.

Rachel O’Sullivan was a sales rep for Siemens Industries for 10 years when she took medical leave to give birth.

When she returned, she learned that her manager had reassigned her to a different sales territory – one had less sales potential than her old one.

Instead of returning to work, O’Sullivan sued, claiming she was constructively discharged and that Siemens interfered with her right to take maternity leave and retaliated against her in violation of the FMLA.

But the court ruled in favor of Siemens – since O’Sullivan never returned to work, she effectively forfeited her right to reassignment.

This company won, but that doesn’t mean supervisors have carte blanche to reassign people on leave.

The court in this case noted that the outcome may have been different had O’Sullivan actually returned to work and proved her new territory was worse.

O’Sullivan has another problem proving that the territory change effectuated an intolerable condition: she never gave it a try … [A]n employee who quits a job in apprehension that conditions may deteriorate later is not constructively discharged. Instead, the employee is obliged ‘not to assume the worst, and not to jump to conclusions too fast.’

The takeaway: If you do end up wanting to reassign someone, make sure you have the proper documentation explaining why.